Learning Spanish is at the base of every student’s study-abroad dream.

Beyond learning Spanish, everyone has their own idea of what studying abroad in Spain should include.

Some people want lots of in-class hours while others crave out-of-class excursions.

If the right Spanish school for you includes fun activities beyond the classroom, check out our guide.

We’ve scoured the best Spanish schools with social activities in some of our favorite Spanish cities!

While we’re happy to present the list of Spanish schools with social activities, don’t feel restricted to it.

In fact, you’d be hard-pressed to find a Spanish language school in Spain that doesn’t plan extracurricular fun.

Spaniards are some of the happiest people on earth and they make sure to include that in their Spanish courses!

Between the Spanish schools with social activities, there is a lot of variety. See what appeals to you most and start having fun! 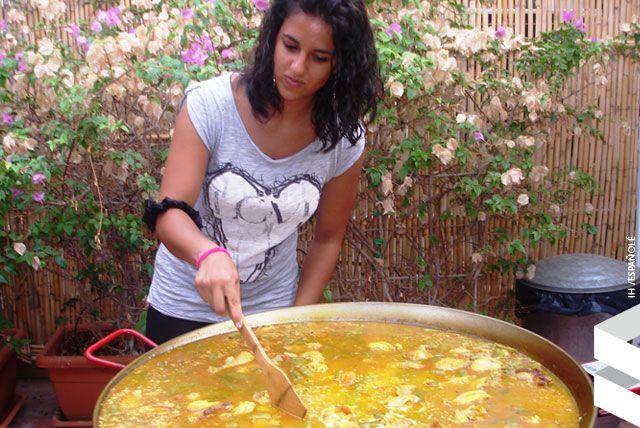 You can learn much more than Spanish at these Spanish schools…grab your chef’s hat!

A member of the International House Organization, the curriculum at Españolé will help you reach a high level of Spanish.

As for fun times, Españolé’s got you covered there, too!

In addition to beach gatherings and city tours, Españolé organizes a paella party every week.

That’s especially interesting when you remember that paella is Valencian; why not try this Spanish dish in its birthplace?

Salamanca is home to Spain’s oldest university, and you can feel the academic spirit in the air.

ISLA’s Spanish courses in Salamanca are up to the city’s standards.

They even create tours to educate students on the UNESCO heritage city.

Their most popular tour must be the tapas tour where you’ll get to taste the flavors of the city, including Salamanca’s hornazo.

It’s a meat-pie similar to Spanish empanadas that you’re sure to love.

Of all the Spanish schools with social activities, none of them plan as many out-of-town excursions as OnSpain!

This Spanish school in Malaga takes their students to visit lots of different cities in Andalucia; Seville, Granada, Cordoba, Gibraltar, and Nerja are just a few of the options.

On top of the field trips, OnSpain organizes flamenco dance lessons for its students, as well.

After all, Andalucia is the region of Spain where flamenco was created! 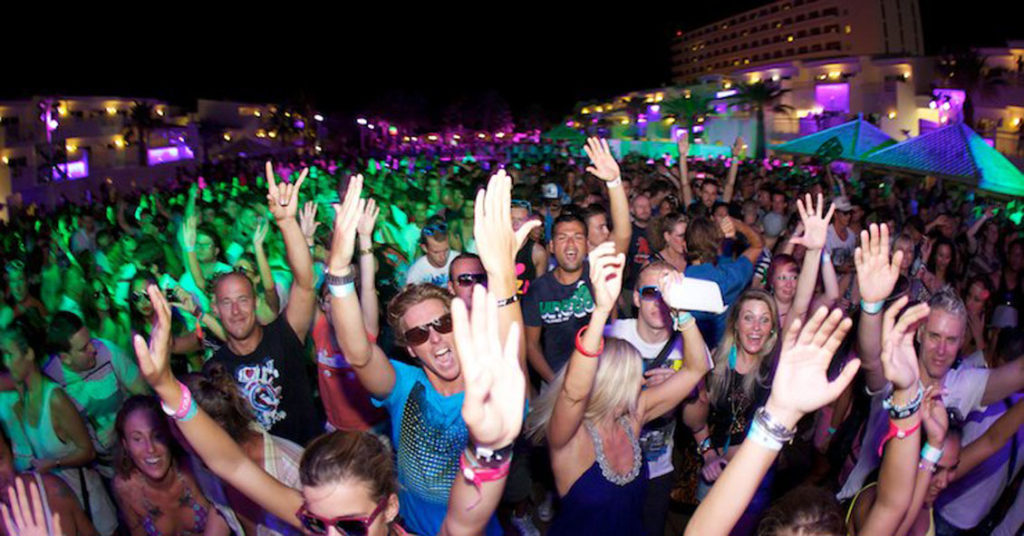 You’ll learn about Spanish nightlife when you choose a Spanish school in Ibiza.

If you’ve decided Ibiza is the right city for you to learn Spanish in, then you must be a beach lover.

Or perhaps it was the electronic music scene that drew you to the island?

Whichever it is, the Instituto de Idiomas de Ibiza is the right school for you.

They plan beach activities frequently, from picnics to yoga to watersports.

If you’re more interested in music, they have a special DJ course waiting just for you.

Sometimes students feel scared to study Spanish in Barcelona because they speak Catalan.

However, that’s more reason to study there: students get to experience a completely unique culture in Spain!

Expanish helps their students understand and speak a bit of Catalan every week.

Their aim is to make sure their students can participate in Spanish culture.

They even watch football games together so students can feel the Spanish soccer rivalries first hand!