Ibiza is one of the most popular vacation spots in the world so there’s no doubt that you’ve heard about this Spanish island. You’ve probably heard that it’s a techno paradise filled with never-stopping nightclubs and an anything-goes attitude. While there is definitely a world-renowned party scene here, there are amazing things to do when not partying in Ibiza as well. Don’t miss out on seeing natural sights, beaches and historic areas while you’re enjoying one of Spain’s most beautiful islands. Get your Spanish student visa in order and you’re ready to party (and more)! 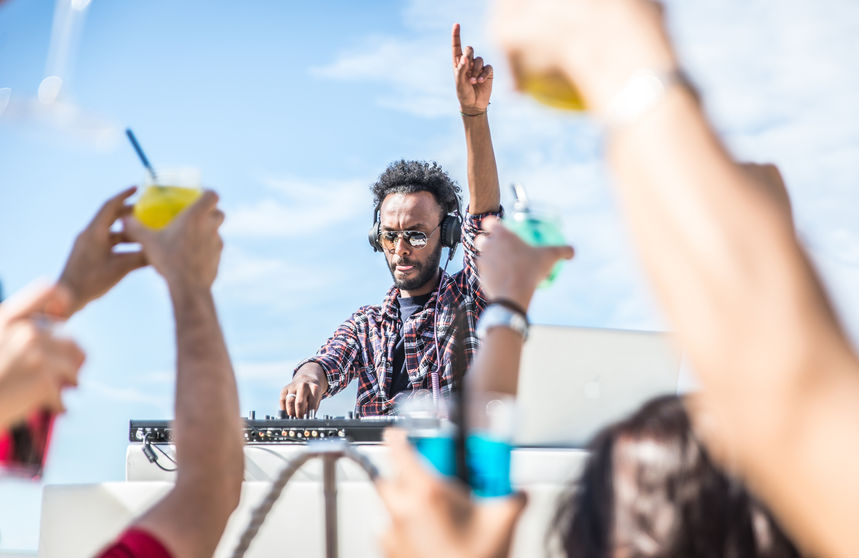 Partying may be the #1 thing to do in Ibiza, but it’s not the only thing!

This Spanish party island is huge hub for electronic music. If you like techno, trance and most of all house music, Ibiza’s nightlife is sure to please you. The party culture is quite different here than the nightlife in the rest of Spain, so be aware. The island has a worldwide reputation for its clubbing scene, especially during the summer season. Famous electronic DJs such as Calvin Harris and David Guetta are always stopping by to play at the Ibiza clubs. The island’s biggest club (and largest club in the world) is called Privilege and can hold up to 10,000 clubbers. The list of expansive, extravagant clubs goes on and on. If you’re more low-key, check out bars and beach clubs, which have great party atmospheres with smaller crowds.

Partying may be the most common pastime on this Mediterranean island but it’s definitely not the only one. If you’re tired of the crowded clubs, check out some of Ibiza’s natural attractions. With such a perfect location in the Balearic Sea, this island has countless beaches with crystal clear water. Some beaches may be reserved for party people, but you can find tranquility at the less popular beaches around the island.

Another stunning natural sight in Ibiza is Es Vedrá. It is a mystical rock island protruding from the sea. Es Vedrá is rumored to have magical properties and there are many legends about the island. However, visiting the island is not allowed as it is a nature reserve. Book a boat trip or rent a car to check out the beautiful views of this one-of-a-kind wonder. 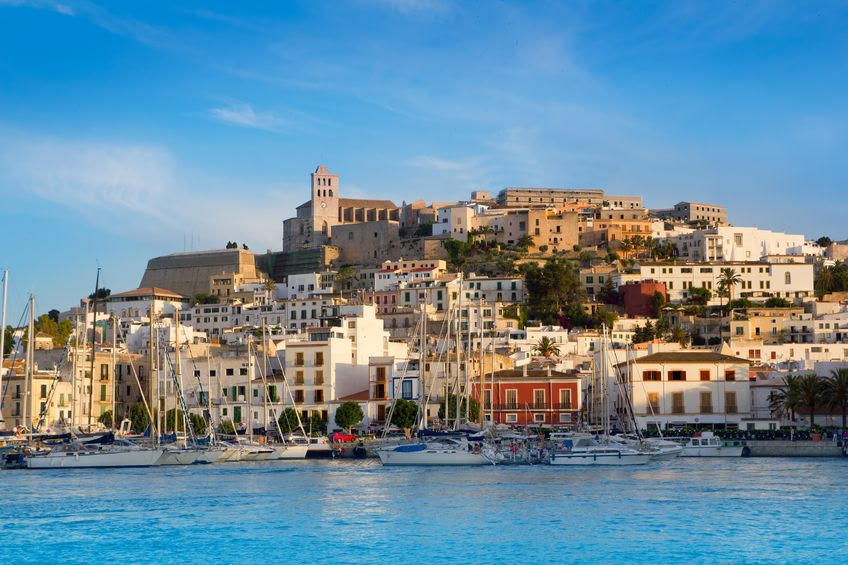 A photo of Dalt Vila in Ibiza shows the beauty of history.

The Old Town in Ibiza is called Dalt Vila, which roughly translates to “The Old City” in the local language, a dialect of Catalán. Dalt Vila has everything a tourist would wish for in a historic Spanish city: narrow cobbled streets, charming cafes, precious views of the harbor, and ancient ramparts and walls built in the 16th century. The fortified walls on Dalt Vila are historically important and beautiful; if you’re interested in historic cities in Spain, check out Peñiscola as well. The historic attractions of Ibiza cannot be missed, so after you’re done partying, rest up and take in the local culture on your next vacation (check here for public vacation days in Spain).