While you’re figuring out which Spanish academy to attend in Spain, you may wonder, “What are the different regions of Spain like?” It’s a big decision to finally study abroad in Spain, especially if you’re not sure where the right place for you is. Below you’ll find a write-up of what each of the regions of Spain has to offer! Check them out and if you’re considering applying for a student visa in Spain, feel free to reach out to our team with your questions.

The Southern Regions of Spain

Andalucia – Andalucia is the most magical of the regions of Spain! Andalucia covers most of the southern part of Spain and it is on many a tourist wishlist due to their vibrant Spanish culture. It has plenty of beautiful coastlines and from some parts, you can see Africa. The most famous student cities in Andalucia are Sevilla (where flamenco was born), Granada, Cordoba, and Cadiz.

Extremadura – Extremadura is also a southern region of Spain, though this area shares a border with Portugal. The most popular cities in Extremadura are Badajoz, Cáceres and its capital, Merida. There are lots of Roman ruins here as well which can be great if you’re studying history in Spain.

Islas Canarias – The Canary Islands are off the southern coast of Spain, close to Africa. There are 13 islands in this beachy region of Spain although not so many people live here year-round. If you’re studying in the south of Spain, these are the perfect islands for a student getaway in Spain. 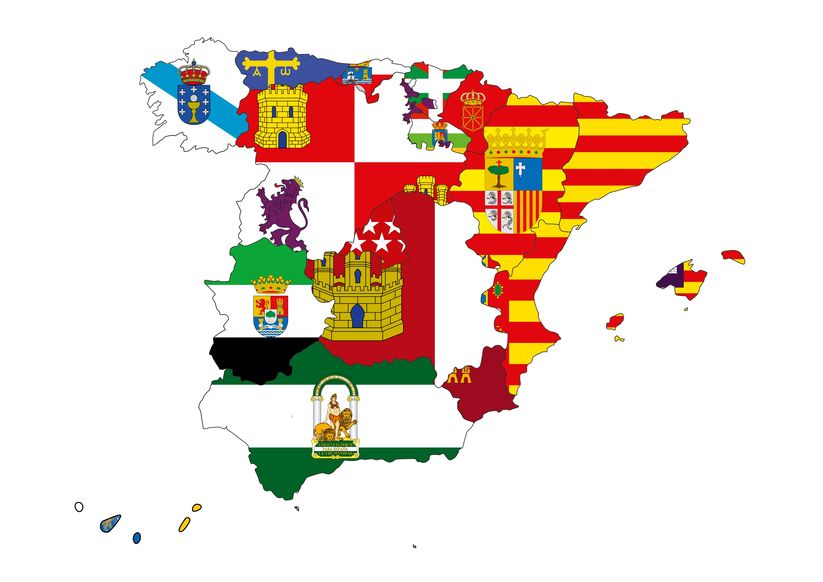 All of the different regions of Spain have unique identities.

The Eastern Regions of Spain

Catalonia – Like Pais Vasco, Catalonia is a fiercely independent province in Spain. Catalan is spoken often but don’t worry, most people speak Spanish in Catalonia as well and you’ll find ways to practice Spanish. Barcelona is the most popular city in Catalonia and is one of the best regions of Spain for international students.

Murcia & Valencia – These two Mediterranean regions of Spain border each other next to the sea, which gives them a mild climate in the winter and warm summers. With both beaches and mountains, you’ll never get bored of going on student trips in Valencia. Not to mention that both Murcia and Valencia are great cities for study abroad students! Don’t forget to try the paella, it’s native to Valencia.

Illes Balears – The Balearic Islands consist of Menorca, Majorca, Ibiza, and Formentera. This is definitely the biggest party region of Spain! With crystal clear beaches and tons of clubs, this is the perfect region for a student vacation in Spain.

Regions in the Middle of Spain

Castilla-La-Mancha – Surrounding Madrid to the east and south, Castilla-La-Mancha brings historic castles and vineyards closer to the capital. Although not very populated, this area is idyllic and perfect if you’re looking to do some student day trips around Madrid.

Madrid – You already know Madrid is the capital of Spain, but it’s also the name of its own province! Madrid is a huge hub for students from all over the world. There are tons of student things to do in Madrid, from escape rooms to tapas bars!

Castilla y Leon – This is one of the most historic regions of Spain. Many castles from Kings and Queens of long ago still stand here, waiting for you to visit! Salamanca is a great Spanish student city, so check it out! 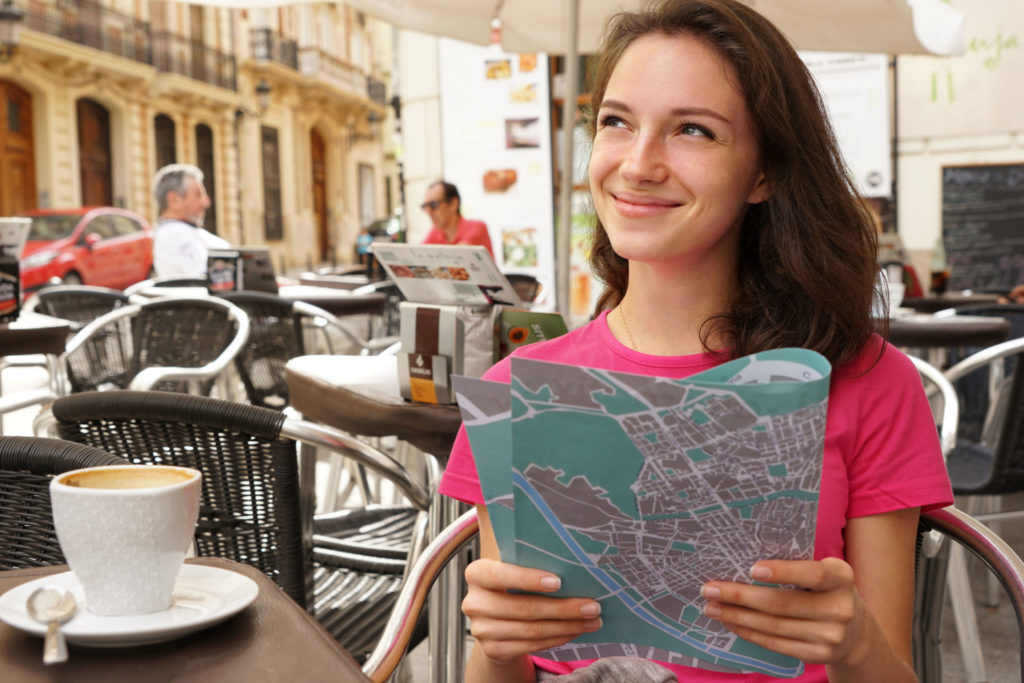 You really can’t go wrong, no matter which region of Spain you move to!

Galicia – This region in the northwest of Spain has its own Spanish dialect. Situated above Portugal, this is a nature lovers paradise. Home to a famous university, it’s easy to study abroad in Santiago! While you’re here, try an original empanada which was born in Galicia.

Cantabria, Asturias – Asturias and Cantabria are two provinces of Spain that have it all. Mountains, beaches and fantastic cities like Santander (in Cantabria) are all here waiting for your next student trip to Spain!

Pais Vasco – Pais Vasco (Basque Country) is another one of the regions of Spain with their own language. This region borders France and has a unique and independent culture, flag and history. If you’re interested in the different cultures of Spain, you should visit Pais Vasco!

La Rioja – Are you curious about Spanish wine? This is the best region of Spain for wine and international tourists visit La Rioja year-round to taste the famous Spanish Riojas.

Aragon, Navarra – Aragon and Navarra are northeastern regions of Spain that border France. At their northernmost parts, they touch the Pyrenees. In Navarra, the famous Sanfermines festival happens once a year in Pamplona. It’s one of the most popular festivals in Spain!