Part of being a study abroad student is trying all of your host countries traditional foods, like Spanish empanadas! If you don’t know what empanadas are, you’re really missing out. Spanish empanadas are half-circle shaped pastries that contain different meats, seafood, vegetables, and sauces as fillings. Although not very traditional in Spain, other Spanish-speaking countries sometimes fill empanadas with fruits for a sweet dessert. If you love crispy bread wrapped around delicious fillings, read on to find out more about their history below. You’ll also find a list of the most popular types of Spanish empanadas. Don’t leave Spain without trying them!

The Tradition of Spanish Empanadas

Although every country has a version of the meat pastry, it was Galicians who made the first true empanadas. Empanadas get their name from the Spanish verb empanar, which means to wrap or cover something in bread. Galicians originally made their empanadas as large pies which they cut into slices. Today, smaller, individually wrapped empanadas (or rather, empanadillas) are more common. Although these treats originate in Spain, Spanish empanadas spread to many different countries, where the recipes changed to reflect local tastes. Spanish empanadas use pastry dough while some other countries use corn flour or even animal fat. Check our list to learn which are the best empanadas in Spain. 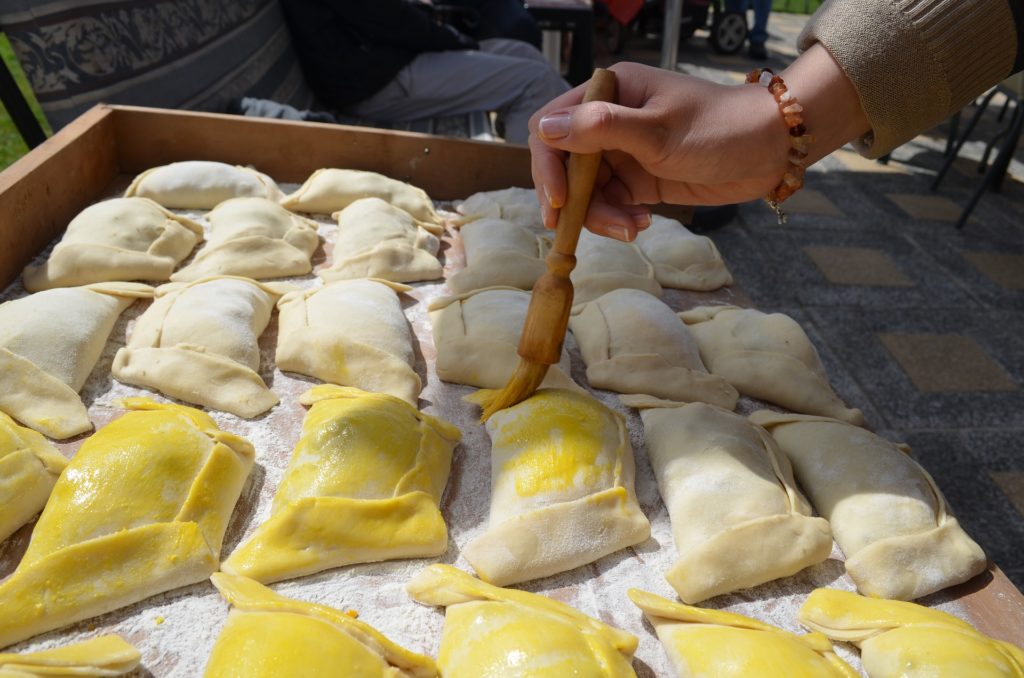 Spanish empanadas are brushed with an egg wash before baked.

1) Empanada Gallega (also Empanada de Atún) – This is the original empanada! The meat inside these Spanish empanadas is usually tuna with a sofrito sauce (a sauce of tomatoes, onions, garlic, peppers, and olive oil). They also include delicious regional green olives. Since this is the original empanada, most other types copy this recipe. You’ll see that empanadas with chicken, octopus and other meats most often include sofrito for a similar taste!

2) Empanada de Argentina – Although this one isn’t a Spanish empanada, the Argentinian empanada is popular enough that most Spanish bakeries sell it! Slow-cooked savory beef is the main ingredient. Green olives and boiled eggs are added to the meat to create the filling. Then, bakers stuff the filling into their dough and put them in the oven to bake to a crispy finish. Actually, you can bake or fry your empanadas, the choice is yours! 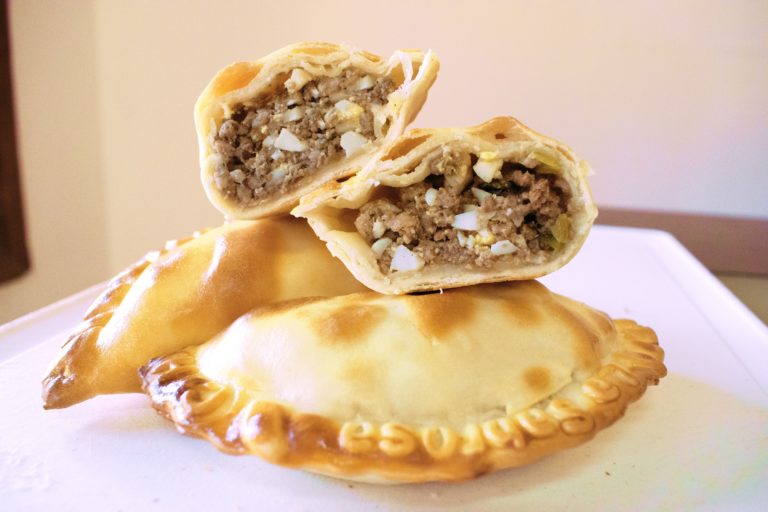 4) Formatjades de Menorca – These empanadas from Menorca come in a rounder biscuit shape as opposed to the flat half-circle shape of most empanadillas. These are the perfect Spanish empanadas for pork lovers! The stuffing contains pork tenderloin that’s been cooked with onions, saffron and cured pork sausage (called sobrassada). The dough also contains pork lard so grab this empanada when you feel a pork craving!