Exciting nightlife is a staple of Spanish culture. After all, even people who don’t speak any Spanish know the word “Fiesta!”

Spanish people love to enjoy themselves out on the town and the country hosts diverse festivals year-round.

By the time late spring rolls around, Spain’s top party cities have a full party agenda to carry them through the season. Special holidays and weekend festivals occur so often, they’re hard to keep track of!

Luckily, you don’t have to keep track of them. If you live in one of Spain’s top party cities, all you have to do is open your door and step outside.

Read on in our guide to Spain’s top party cities and see which one you like best (then find a language school to match)!

It takes a lot of research to figure out where in Spain to move. If you like to let loose after a long week of studying, find a place with nightlife that matches your pace.

Every region of Spain has its own identity as well as its own celebration style! Let’s dive into the different customs of Spain’s top party cities and see what excites you most.

Ibiza – The Best Nightclubs in Spain

Then you’ve definitely already heard about Spain’s party island, Ibiza! Located in the Mediterranean Sea, Ibiza is both a relaxing island getaway and a non-stop party city wrapped in one.

Famous DJs from all over the world come to set the stages in Ibiza on fire with their beats.

Nightclubbers often party until they ring in the daylight! Of course, there are plenty of sapphire blue beaches and other beautiful sights to visit when the party is over.

Imagine learning Spanish on this gorgeous island while partying every weekend (or every day)? You can do it here! 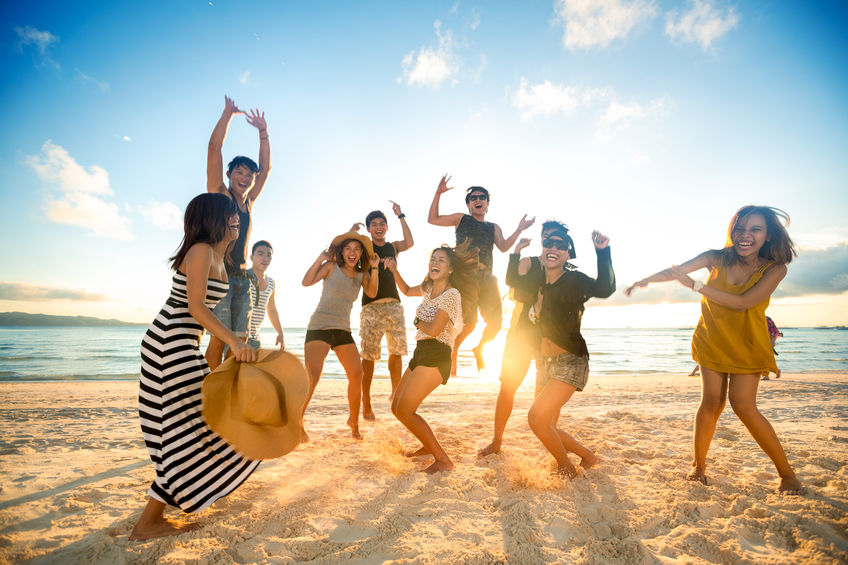 You can have a party on the beach whenever you want to in Spain!

Valencian nightlife has its own style, much like their unique culture.

In Valencia, it’s common to start the night out by visiting a tapas bar and continuing the night by traveling from one bar to the next.

Most areas of the city are easily reached on foot, so the pub-crawl-style nightlife makes Valencia one of Spain’s top party cities!

The weather is pleasant for much of the year, so Valencians walk the streets freely during weekends, stopping to meet fellow partiers and try new bars.

Seville has the best flamenco shows in Spain. After all, it was invented there! Sevillians enjoy showing off their traditional dance and flamenco shows draw customers into bars all nights of the week.

Some may think that flamenco bars in Seville are just for tourists but they’re missing a vital part of the equation.

Flamenco is an artform meant to create an atmosphere of emotion! Bars in Seville are set on fire by flamenco performances and the air of excitement, drama and lively spirits stays in the atmosphere all night.

Barcelona – The Young and Hip of Barcelona’s Nightlife

Barcelona has been one of Spain’s most famous party places for decades.

You’ll never have a hard time finding a place to party in Barcelona! With so many cool events happening, it’s no wonder Barcelonans can party all night.

They swear it’s thanks to their siestas – so take a nap before you hit the town! 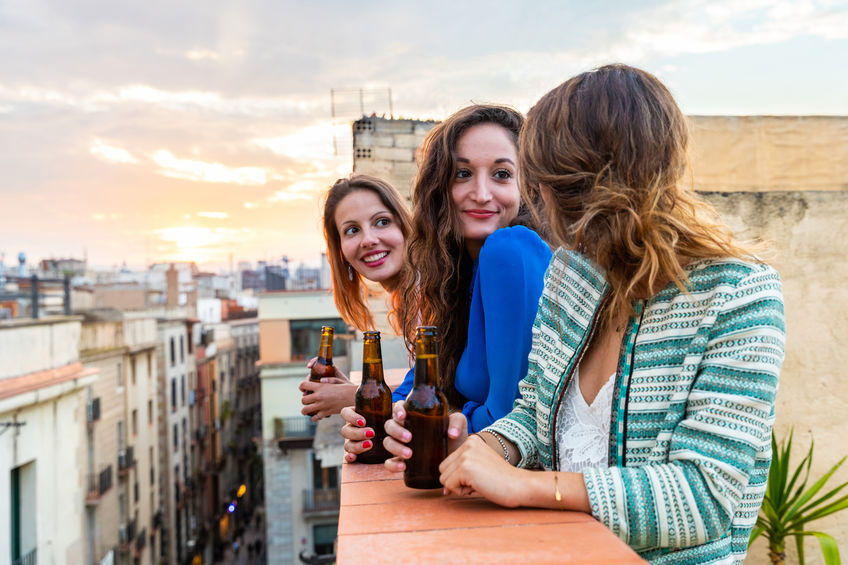 Can’t afford the high prices at rooftop bars in Spain? Nearly every apartment has a rooftop…so head up and enjoy a drink with your friends!

New York City isn’t the only place that never sleeps.

Spain’s capital is full of bars to keep people partying all night long! They do have one special custom in Madrid though: party-goers always finish the long night by stopping into a café for churros con chocolate.

Madrid is a big city with lots of high-profile, high-capacity clubs, like the 7-story Teatro Kapital.

Whatever hotspot tickles your fancy, don’t forget to get your churro fix before you head home!