Spain’s national sport is football, so there’s bound to be thousands of Spanish football teams. You just received your Spanish student visa and you finally have time to check out Spanish sports. Which team should you root for? Who are the rival teams in Spain? How deep is the Spanish tradition of football? Don’t stress! Keep reading to find out more about Spain’s best football teams.

The official football team of Spain is a great place to start being a Spanish football fan! The Spanish football team won the FIFA World Cup once and they each have a star on their jerseys to represent it. The team has also won many other championship titles. There is no main rival team for Spain but when competing internationally, every country is a rival! You’ll find almost all Spaniards supporting this team during competition. Buy some red and yellow gear and join the cheering! 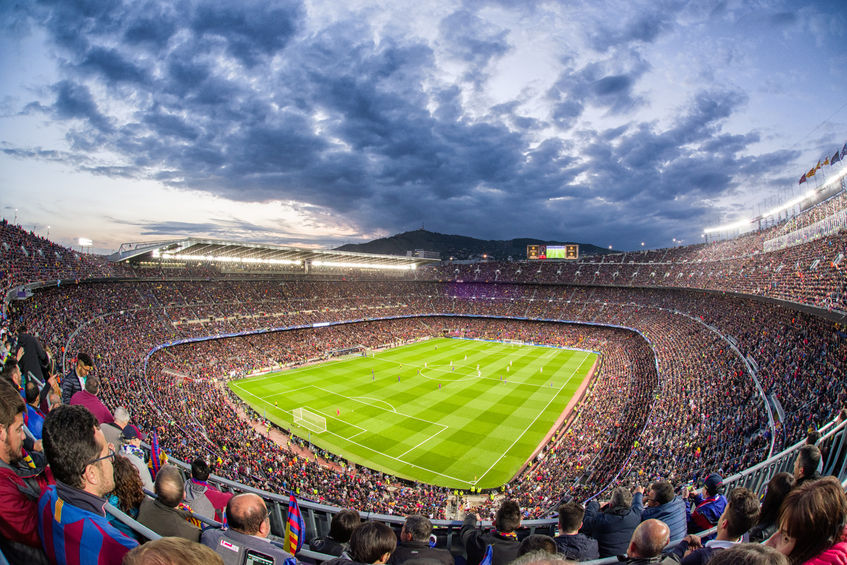 Fútbol Club Barcelona or Barça is a strong competitor in La Liga and this team has a deep connection to Catalan culture. Supporters can even become members and share ownership of the team. Famous FC Barcelona football players include Ronaldinho and Carles Puyol. Football matches between Real Madrid and Barcelona are called “El Clásico” because these teams are classic rivals. You will feel some tension if you show your Barca support in a tapas bar in Madrid.

The Real Madrid Club de Fútbol or Real Madrid C.F. is one of the best football teams in La Liga (Spain’s national football league). Real Madrid holds a record 33 titles in La Liga. If you support Real Madrid, you have some rivalries waiting for you! One of the longest Spanish football rivalries is the one between Real Madrid and FC Barcelona. Matches between these two teams are always very intense. Avoid wearing your Real Madrid jersey in tapas bars in Barcelona!

Still not sure who to root for or why you should tune in at all? Then check out our list of reasons to watch Spanish football and get ready for the game!