Is it your dream to move to Barcelona?

Their quirky glass mosaics and laid-back vibes draw thousands of travelers to the city every year!

Not just for the distinct style, Barcelona is a perfect place to study Spanish in Spain.

The atmosphere is fun, endlessly interesting, and always abuzz with conversations from Spanish learners.

No matter what kind of Spanish course is right for you, here are four of the best Spanish language schools in Barcelona to choose from.

Before we get down to our list of the best Spanish language schools in Barcelona, let’s talk about something you’ll really need to know.

Where are the best tapas bars in Barcelona and what’s the party etiquette like in Spain?

Barcelona is a great place for students, offering lots of cheap eats and an affordable lifestyle. Believe us, you’ll love Barça! 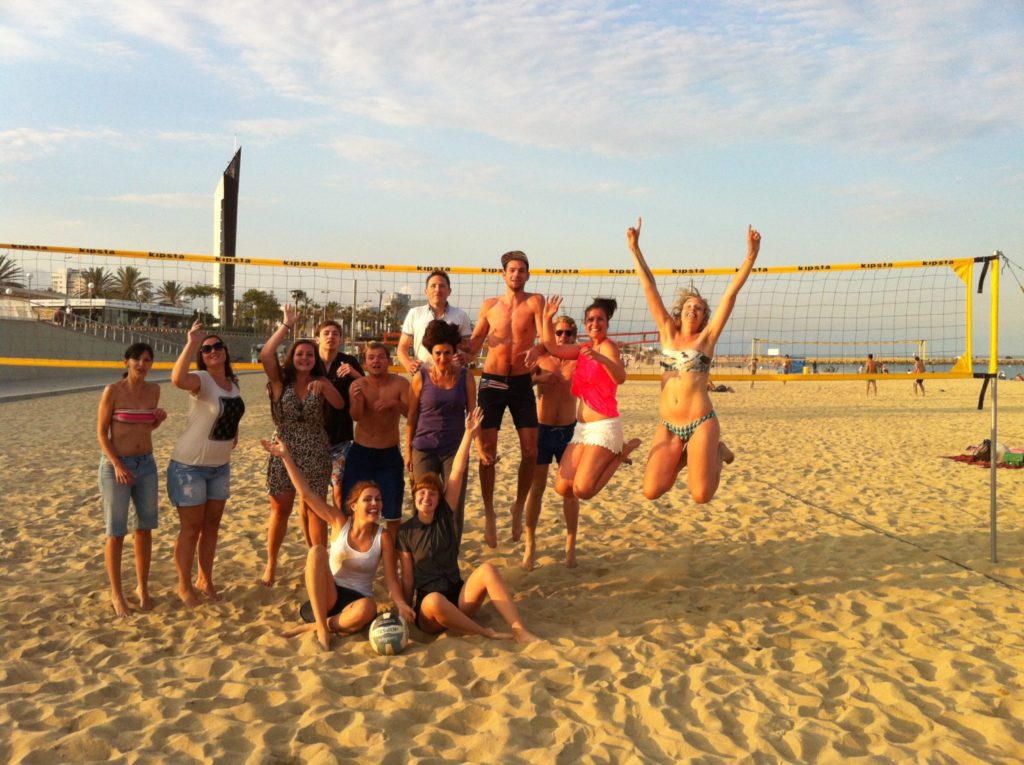 Every one of the best Spanish language schools in Barcelona is going to help you have fun! This beach volleyball lesson comes from Linguaschools.

There are branches of the Linguaschools system in many Spanish cities, with good reason.

Their classical approach to learning makes it straightforward to learn proper Spanish.

With such impressive décor and engaging lessons, it’s hard to believe that it’s also one of the cheapest language schools in Spain!

For some students, the most interesting part of studying Spanish in Barcelona is the time spent out of class!

That works out well here, as Spaniards are known for their fun festivals and party spirit.

Expanish makes sure its students get to know the fun side of Spanish life, including at least 4 social activities in each week’s schedule.

You’ll learn Spanish quickly and have fun while doing it! 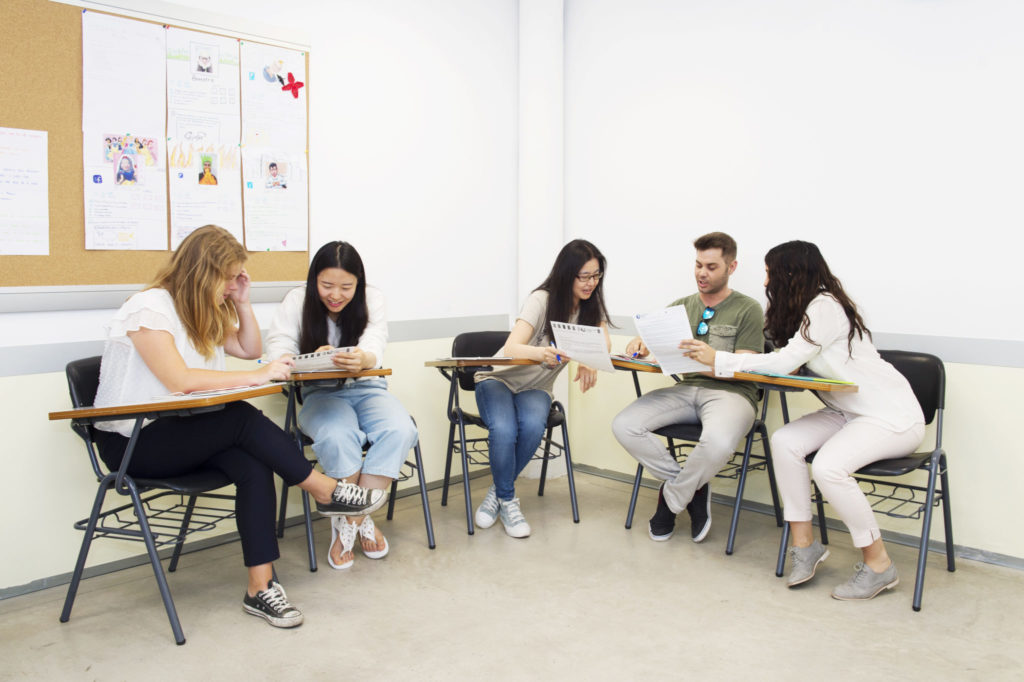 If you’re more focused on hitting the books than the beach, try a more high-intensity Spanish school like International House.

If you’re serious about learning Spanish, it’s best to take a high-intensity Spanish course in Spain.

International House has rigorous, well-developed courses to make you the best Spanish speaker you can possibly be.

In fact, International House offers courses for Spanish-learners and Spanish teachers, as well.

With its professional credentials, this is a great place to study for the DELE, the PCE, or any other official certification.

BCN Lip – A Personal Approach to Spanish Lessons in Barcelona

Are you a curious-type person who loves asking lots of questions?

Since the teachers at BCN Lip are always going above and beyond for their students, this is one of the best Spanish language schools in Barcelona for you.

The staff focus on getting their students to speak in Spanish from day 1!

However, the school has very laid-back vibes and a free cafeteria.

Teachers help students understand everything from complicated Spanish concepts (like the difference between ser and estar), grammar, and even cultural aspects of Spain.

At BCN Lip, the teachers are more like guides to the Spanish-speaking world!

None of the best Spanish language schools in Barcelona are calling to you.

Why not try to study Spanish in a different city?

Wherever you want to study, find the right language school for you here.