You finished up your Spanish learning program and you’re heading to Granada to visit the Alhambra! Did you know that it is the most visited tourist site in Spain? Millions of visitors check out this ancient palace and fortress every year. Here you’ll find interesting historical facts along with tips for traveling to the beautiful site in Granada. Read below for information and travel tips! 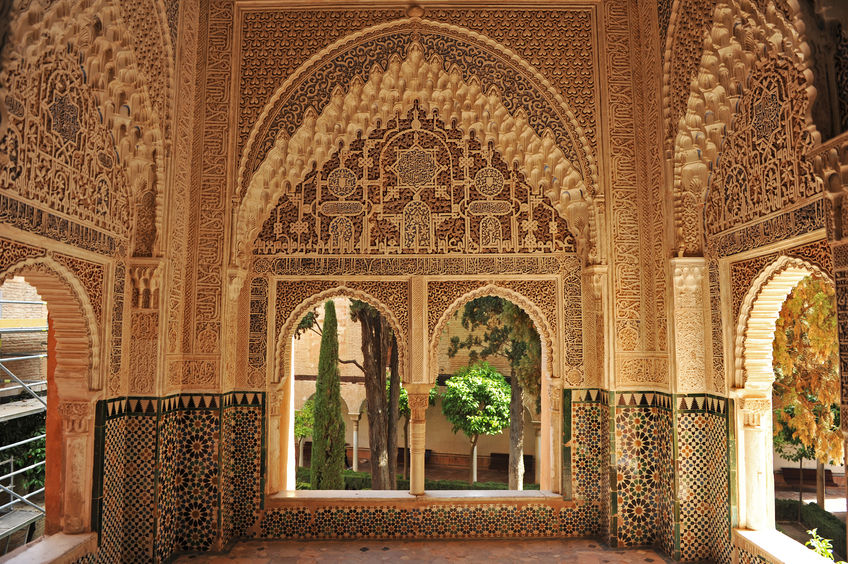 A perfect example of the Moorish architecture that the Nasrid dynasty built.

Ancient Origins of the Alhambra

This one-of-a-kind palace and fortress combination was built by a Moorish dynasty in the 14th century. The Nasrid Dynasty is responsible for building this historic site in Spain on top of the ruins of a Roman fortress. However, during the Reconquista in 1492, Spanish Catholic Monarchs (and their armies) seized many Moorish buildings including the Alhambra. This ancient site underwent many changes, states of disrepair and reconstruction before becoming a UNESCO World Heritage Site in 1984.

Ancient beauty fills every corner of the giant Alhambra palace/fortress complex. This Spanish tourist destination is usually divided into four areas: Nasrid Palaces, the Alcazaba, the Charles V Palace and the Generalife. The Nasrid Palaces contain intricate Arabic designs from the archways to the calligraphy and Middle-eastern tiles. The Alcazaba was a military area with thick walls and tall towers to watch for far away enemies. Scholars believe it is the oldest part of the ancient site! When the palace fell under Catholic control, their leaders built the Charles V Palace. Here you will see Renaissance architecture instead of Moorish. Lastly, the Generalife is what gives Alhambra the feeling of an oasis. Arab Kings created these lush gardens as a place to relax, impress, and enjoy nature. 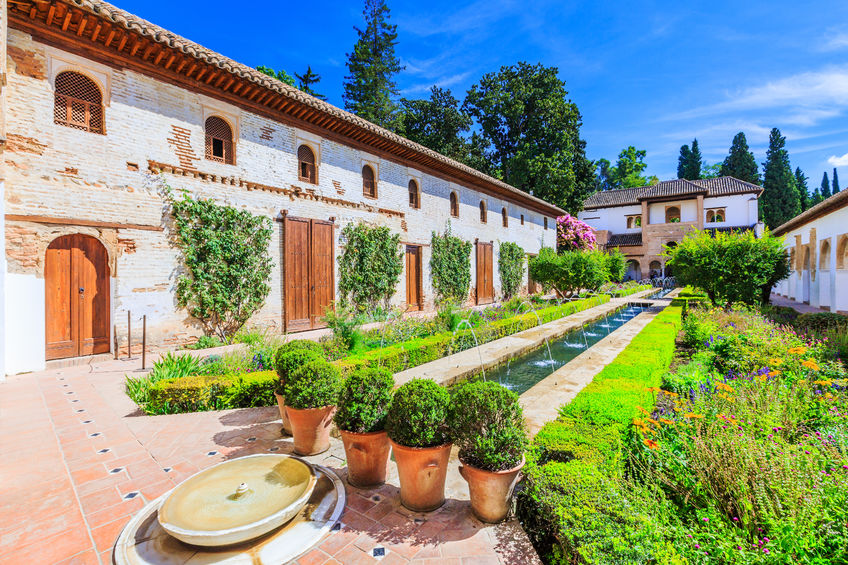 Natural yet organized beauty overflows in the Generalife gardens.

Since it is the most visited tourist site in Spain, you’ll need to book your tickets in advance. When buying online, search at least two to three weeks in advance. The average tour takes around 3 hours. You can enter up to 15 minutes before your scheduled ticket time, so take advantage! If you’re planning a visit in the summer, be careful of the midday heat. Granada is in the heart of the Andalusia desert and reaches temperatures of 40 and above regularly during August and July.

If you’re interested in another historic Spanish city, try Peñiscola!