Spanish is one of the easiest foreign languages to learn for English speakers. It’s also one of the most widely spoken languages in the world. Here’s how to learn Spanish fluently.

20 Tips on how to learn Spanish fluently

The first tip on how to learn Spanish fluently is that practice really does make perfect!

Foreign languages cannot be learned overnight, they take time and dedication. Practice as much as you can. Be careful not to practice too much and burn out though!

1. Immerse yourself to learn Spanish

Immersing yourself in the Spanish language and culture is the fastest and best way to learn Spanish fluently.

Living in a Spanish-speaking country is the most obvious way to achieve this, but nowadays we all have Spanish speakers and Spanish material at our fingertips thanks to the internet and to become fluent we need to surround ourselves with it. 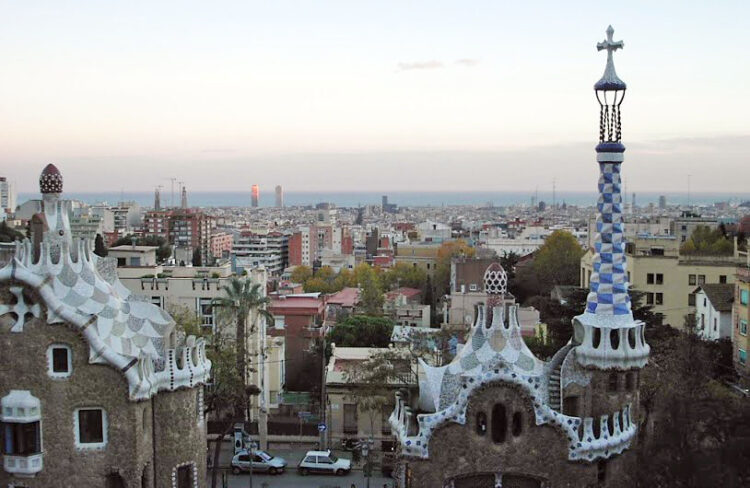 Living in a Spanish-speaking country, subscribing to a course, or buying a book means nothing unless you truly commit to studying and practicing.

The most useful tool when learning a second language is a positive, inquisitive, and determined mindset.

3. How to learn Spanish fluently? -> Be constant

When learning Spanish becomes a habit you find you make much better progress.

Adults can be sponges too! But only if you are enjoying the process and consistent.

4. Make it interesting – This is fundamental in how to learn Spanish fluently!

It is so much easier to do anything when you are interested in doing it! Choose learning material that you genuinely want to use.

For example, if you are interested in motorbikes, read Spanish websites about motorbikes.

5. Variety is the spice of life

How to learn Spanish fluently?

There is a wonderful array of different learning options available and your Spanish will benefit greatly from the challenge of tackling a diversity of formats and styles.

Push yourself to watch/listen to/read Spanish material that is aimed at native speakers.

Don’t just use material that has been created for learners. Don’t worry if you don’t understand very much right away, it goes in over time.

If you are lucky enough to live in a Spanish-speaking country, you have a definite advantage.

But you have to make the most of this by getting out and about, meeting, and speaking with locals.

And if you don’t have Spanish-speaking neighbors, it’s not a problem these days thanks to the internet.

Organize online classes or language exchange. No excuses if you want to know how to learn Spanish fluently.

Holidays in Spain and/or Latin America are a fantastic way to engage with native speakers to benefit from language immersion and to better understand cultures.

Let’s not forget also that you will have a brilliant holiday in a beautiful country with great weather! 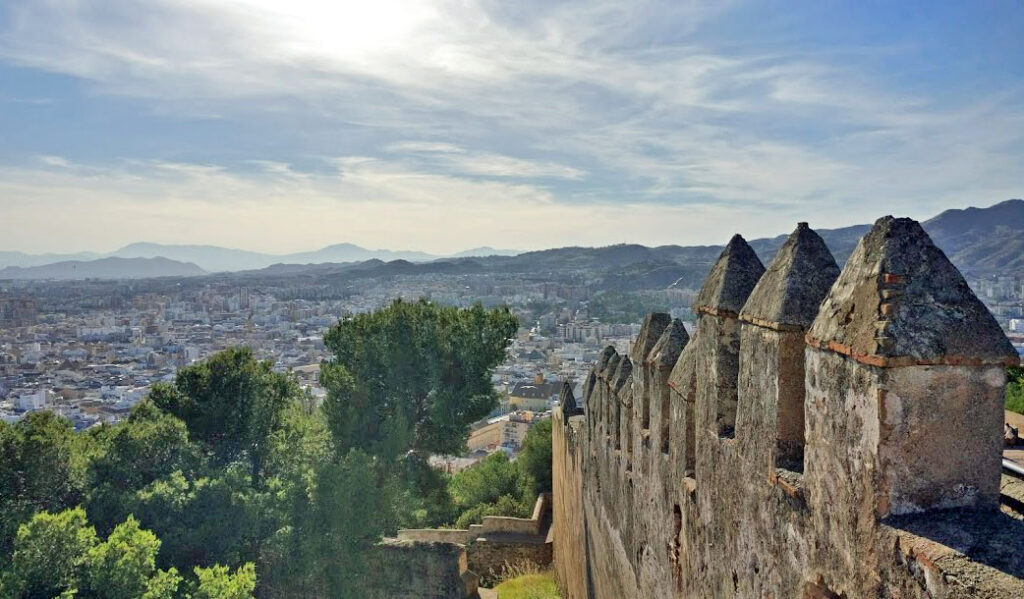 9. Start speaking as soon as possible – This is one of the most vital aspects of how to learn Spanish fluently

The sooner you throw yourself into real conversations, the quicker you will become fluent.

Fear can build up if this skill is not established early on in the process.

Talk to yourself as well. And your pets!

This will help you to start thinking in Spanish and give you lots of opportunities to practice creating all sorts of random sentences.

10. Don’t be afraid to make mistakes

Eventually, of course, you will be speaking perfect, fluent, error-free Spanish, but it will take time to reach this point.

When you start out learning Spanish it is vital not to worry about making mistakes with grammar, vocabulary, or pronunciation.

If you want to get properly stuck into learning a language you should be ready to make lots of mistakes!

12. Get good at guessing

You are interested in how to learn Spanish fluently, which means you want to understand, write and speak everything perfectly.

As we have already discussed, this won’t happen overnight. In the early stages of learning Spanish, you won’t be able to understand or communicate very much at all.

Be realistic and honest with yourself and get used to guessing a large amount of what you hear and read.

Aim for a rough understanding and learn to be content with that. As you progress towards fluency you will be guessing less and less.

13. Put your Spanish head on! Developing the ability to think in Spanish is a big part of how to learn Spanish fluently

Try to forget your English when you are practicing Spanish.

Don’t translate from Spanish to English, or vice versa. This might bring you comfort initially, but if you continue doing this long-term you can develop a dangerous habit that will slow you up considerably and lead you to make many mistakes.

And never try to translate word for word. All languages have their own distinct structure.

How to learn Spanish fluently? Don’t waste your time stressing about ‘Why?’ something is the way it is.

Accept that the Spanish language is the way it is and is different from your mother tongue.

“Why is there masculine and feminine in Spanish and not in English?” There just is!

15. Don’t be scared of Spanish grammar

Don’t put off the trickier areas of grammar such as reflexive verbs, past tenses, or subjunctive. Tackle these things straight away so they don’t become phobias.

Join an online membership course or study via textbooks to fine-tune your grammar. 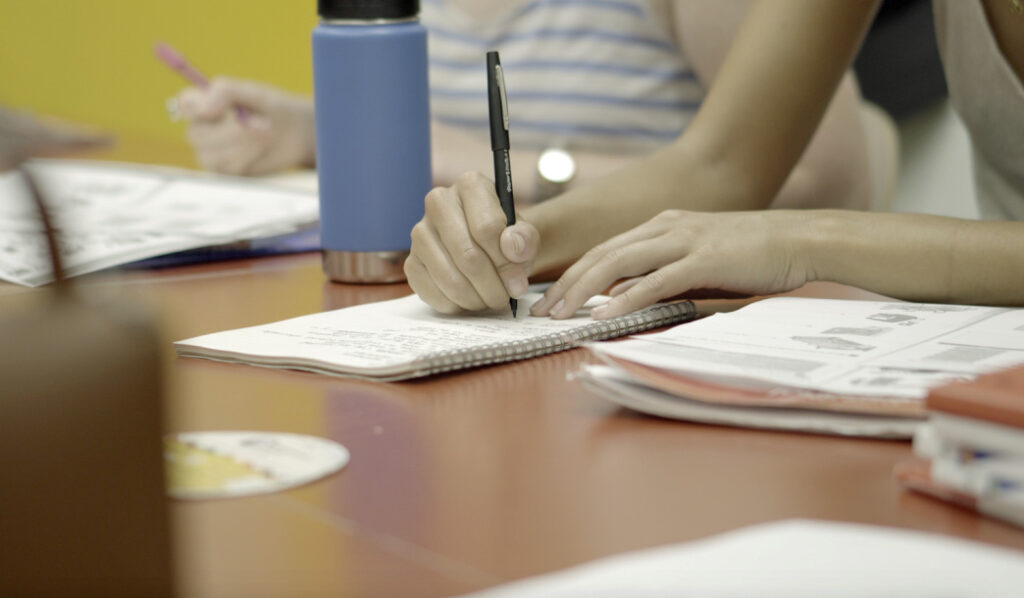 16. Focus on your weaknesses

Understand what kind of learner you are and work on your weaknesses to learn Spanish fluently.

We will all be better at specific aspects of learning a foreign language. Some people are good with grammar and love analyzing in-depth details of how the language is structured.

These people need to be careful that they don’t spend all their time head-down in textbooks. They need to push themselves to get stuck into conversations and to make sure they don’t shy away from unpredictable, challenging situations.

Other people find it easier to speak with people or to learn by watching things on YouTube and Netflix. These people may well be less inclined to hone their grammar and so need to push harder in the more technical aspects of the language.

17. Work on your Spanish pronunciation sooner rather than later

Spanish is one of the easier languages to pronounce correctly, but there are still various pronunciation rules that need to be learned and practiced until they become second nature.

Putting off improving your pronunciation can lead to you developing bad habits that are harder to kick the longer you have them.

Reading texts out aloud on a regular basis is a good way to work on your pronunciation, as is speaking with native speakers and asking for honest feedback is one of the best ways to learn Spanish fluently.

18. Have a strategy for building vocabulary

Vocabulary is most commonly the area that students find hardest to develop.

Regularly speaking, reading, writing, and listening to Spanish will build your repertoire, but you might want to implement extra strategies for familiarising yourself with Spanish words.

Putting up post-it notes around the house, labeling everything in Spanish, is one good idea.

Don’t fall into the trap of accumulating mountains of learning material and taking reams and reams of notes.

The best place to store all your knowledge and information is in your head and the best way is to put it there is little by little whilst trying, as much as possible, to live the Spanish language.

Get yourself a dictionary and access to grammar explanations if you want to learn Spanish fluently.

20. The most important thing about how to learn Spanish fluently: Be patient and enjoy it!

You can’t rush learning a second language. You have to enjoy it and make it part of your lifestyle. Don’t give up, get stressed, or feel disappointed.

Give yourself time, pat yourself regularly on the back, and be patient as you progress towards fluency.