Thanks to the influential Spanish painters in history, it’s clear why art is so important in the Spanish identity. Spanish painters have contributed many artworks that moved the world, such as “Guernica” or “The Persistence of Memory.” Spanish painters brought Spanish culture to life on their canvasses. Their paintings make it easy and beautiful to understand Spanish history. While you’re studying abroad in Spain, check out these artists’ works and connect to Spanish culture. Visiting these museums in Spain is also a great way to learn Spanish!

The Most Influential Spanish Painters

Joan Miró is the top modern Spanish painter. Miró was born in the Barcelona area. His surreal artwork put Barcelona on the map in the art world. Miró contributed to Barcelona’s creative ambiance (but it’s known for its tapas bars, too). The city of Barcelona shows many of his sculptures and artworks as public features. There are also two museums where you can see his works: Fundació Joan Miró in Barcelona and Fundació Pilar i Joan Miró in Palma de Mallorca. 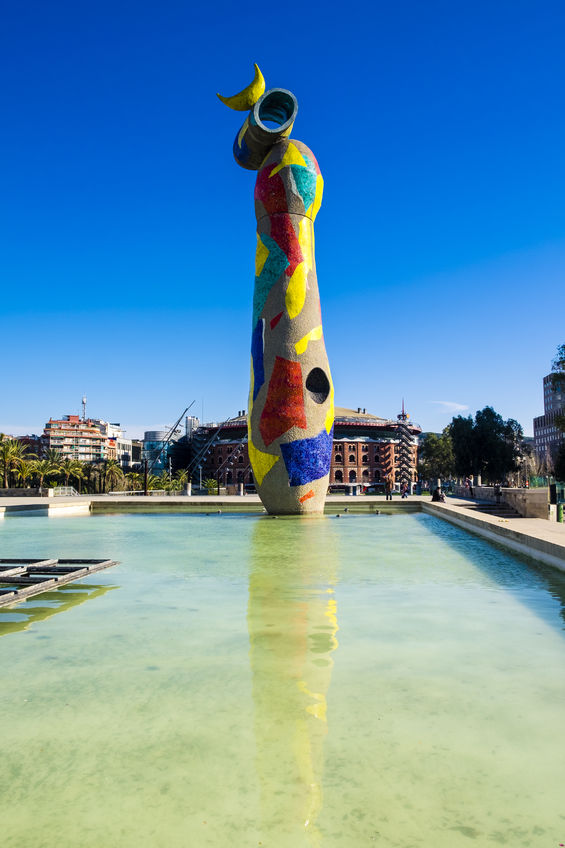 “Woman and Bird” (or “Dona i Ocell” in Catalan) created by Joan Miró in Joan Miró Square in Barcelona.

Salvador Dali is one of the most recognized painters in the world. His art reflects his eccentric style and personality. He is the most famous Spanish Surrealist, often depicting fantastic, dream-like paintings such as “The Persistence of Memory.” He included Spanish landscapes in many of his paintings. The Salvador Dali Museum in Figueres, Spain has the largest collection of the artist’s work. His home in Portlligat is another place to see Dali’s art.

Pablo Picasso is one of the most recognized painters in the world. He is one of the most influential Spanish painters in history and he often drew inspiration from Spanish politics. With his abstract Cubist style, his anti-war masterpiece “Guernica” depicted a horror-filled scene after a bombing during the Spanish Civil War. This Spanish painting is on display in Madrid at the Museo Nacional Centro de Arte Reina Sofía.

Diego Velázquez was a Spanish painter for King Philip IV of Spain. He worked as the King of Spain’s best artist during the Golden Age of the country. He painted many pictures of Spanish royalty but also painted some portraits of commoners. His most famous painting, “Las Meninas,” is one of the most analyzed paintings in the world. You can visit this masterpiece in Madrid at the Museo del Prado.

Francisco Goya contributed greatly to the culture and history of Spain. He is the most important Spanish painter of the 18th century because he painted true scenes of Spanish life. Goya made many paintings of war scenes during the French occupation of Spain. His dark paintings embodied these brutal times in Spanish history. Many of these Spanish paintings live in the Goya Museum in Zaragoza or the Museo Nacional del Prado in Madrid. 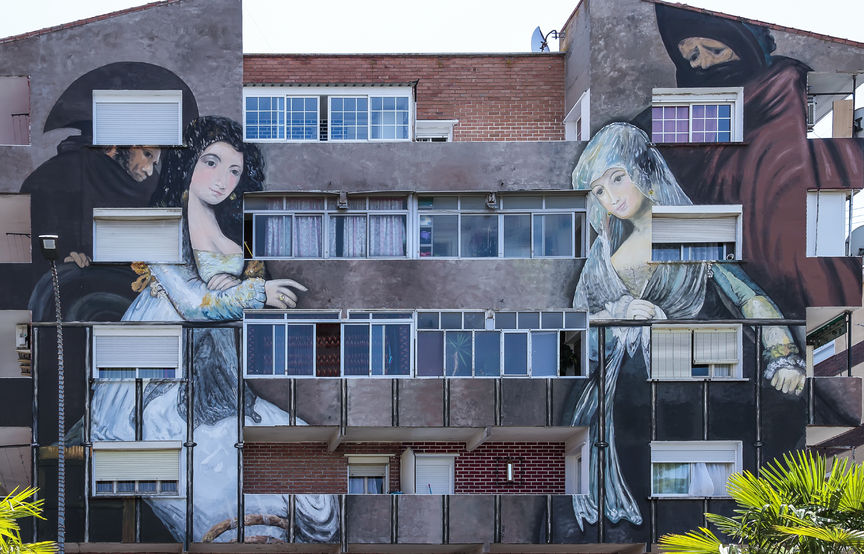 A replica of Francisco Goya’s painting “Majas en el balcon” on the side of a building in Madrid, Spain.

The only female Spanish painter on our list is Remedios Varo, a surrealist artist. She was born in Girona, Spain but painted most of her works in Mexico. Her surreal artworks had many feminist inspirations which are very culturally important. She moved to Mexico later in her life where she became close to Frida Kahlo and Diego Rivera. Much of her artwork stayed in Mexico at the Museum of Modern Art, while some paintings are in the Museo Nacional Centro de Arte Reina Sofía.

El Greco (born “Doménikos Theotokópoulos”) is the only non-Spanish artist on this list. As his nickname shows, he was originally from Greece. However, Spain was his adopted home country. He moved to Toledo, Spain where his emotionally expressive style was perfect for the Spanish Renaissance that was occurring. He is one of the most famous religious painters in the world. Many churches in Toledo still have his artworks displayed. There is also a Museo de El Greco in Toledo.