Spain is one of the biggest tourist destinations in the world, but have you considered that a trip to the Land of Cervantes could also be productive? Plenty of people from all over the world come to learn Spanish in Spain – and have fun while they’re at it. There are tons of learning benefits of studying Spanish in Spain but the Spanish lifestyle itself is a benefit, too! Read on to discover what it is about our country that makes it so easy to learn Spanish in Spain.

So, why learn Spanish in Spain?

Immersing yourself in any Spanish-speaking country is a super effective method to learn Spanish. It’s great to surround yourself with Spanish, but you have to make sure you enjoy the local lifestyle, too. Spain is one of the safest and most popular places to learn Spanish (and for good reasons, too). 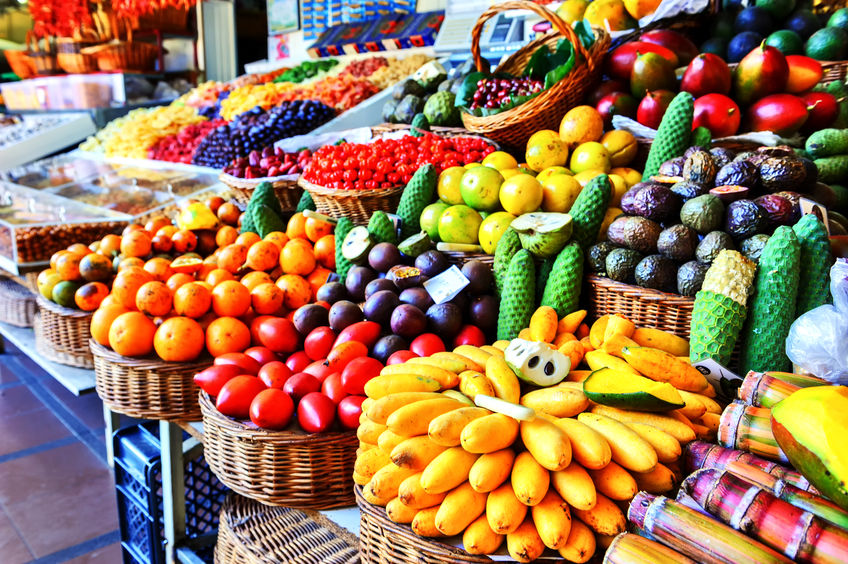 Markets in Spain are full of cheap, vibrant and super fresh produce.

Although choosing to learn Spanish in Barcelona or Madrid will be a touch more expensive than the rest of the country, Spain generally has a low cost of living. Most people live well on only around €1000/month! The best thing about the low cost of living is the affordable food. Going out to eat doesn’t break the bank; shopping at local fruit stands or Spanish markets is even cheaper. Spain’s climate makes it easy to grow a variety of fruits and veggies, so take advantage! Grab some sweet Valencia oranges or a juicy níspero on your way to learn Spanish in Spain.

Unfortunately, not every dream destination is safe to travel to. Luckily, that’s not the case with Spain! According to the World Economic Forum, Spain is the 18th safest country in the world. Study-abroad students will have no need to worry while they learn Spanish in Spain; even walking the streets alone is safe! Common sense will keep you safe in most situations, although Spain’s police force is very responsive and helpful if you should ever need. There are too many firework shows and festivals to keep track of in Spain!

There’s always a party to go to

Spain has an unrivaled party culture. Whether you’re getting ready to go out for a tapas bar crawl or you’re opening the second bottle of Spanish wine at lunch, the party is waiting for you. There are so many local festivals and ferias that you’ll lose track! Just because you’re on a mission to learn Spanish doesn’t mean you can’t enjoy yourself while doing it.