Once you start shopping around for Spanish courses, you might have doubts about what a reasonable price for a Spanish course in Spain is. The prices have a wide range so it’s hard to tell when a course is fairly priced. Spending your whole budget on the course alone isn’t reasonable, but neither is wasting time in a cheap, bare-bones Spanish school.

Instead of guessing at figures, let’s dive into the average costs you’ll face while studying in Spain. Once you know what a reasonable price for a Spanish course in Spain actually is, the easier your choice will be.

What’s a reasonable price for a Spanish course in Spain?

You don’t have to be looking for the cheapest Spanish schools in Spain to want a cheaper cost! By choosing a smaller city, you’ll find a more reasonable price for a Spanish course in Spain. The average price for a month of Spanish courses in other cities is closer to €600.

Other costs of studying abroad in Spain

While choosing a Spanish course and city to study in is the most important cost of studying abroad, there are other things to consider. If you’re from a country that needs a Spanish student visa before they come to study, there can be anywhere from $100-160 fees associated with obtaining the visa. Check with your nearest consulate to find out what you’ll have to pay! 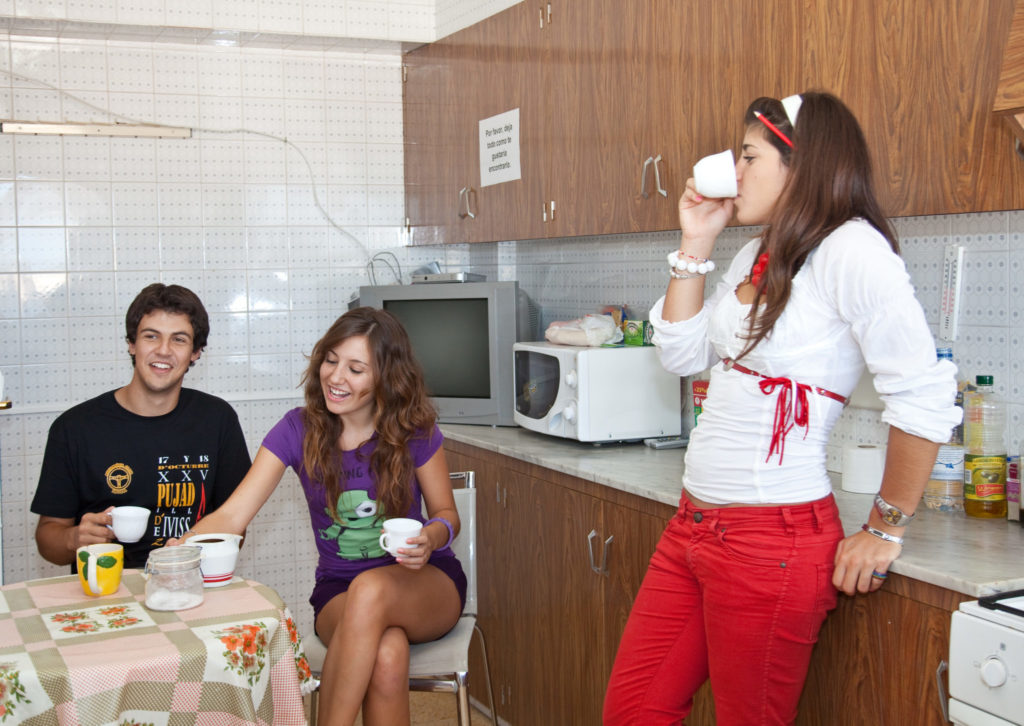 Living in a shared apartment can keep costs low while keeping spirits high!

Room & board is another fee to consider, although some Spanish schools in Spain have already included this in the price. You can expect to pay anywhere from €200-400 for a room in a Spanish share house. If you want to rent a private apartment or stay with a Spanish family, the costs will be even higher.

Luckily, the cost of living in Spain is relatively low. Food, drink, and entertainment are all affordable, so Spanish life won’t hit your pocket too hard. Still, budgeting for a few splurges will definitely come in handy. Checking out a Spanish football match or taking a high-speed train to a new city should definitely be on your bucket list!