PCE and EBAU are exams that high school students are required to take to be accepted into a Spanish university.

Let’s take a closer look at the difference between PCE and EBAU.

Difference between PCE and EBAU Exams

Whether students need to take PCE or EBAU (or both) depends on their chosen university and each university will have different admission criteria depending on the country of origin.

These are the selection exams taken by Spanish high school students wishing to move on to university.

The EBAU exams are specifically designed to assess high school level students on their academic knowledge, skills and maturity and provide the universities with a clear picture of their abilities and suitability for the course.

Foreign high school students will only need to consider EBAU if their university of choice instructs them that it is a requirement of theirs.

How are EBAU Exams?

EBAU selection exams are sat in June over a period of four days, with the option to re-sit if necessary in September.

Previous exam papers are available online and various online courses to help prepare you can also be found.

The EBAU exam is structured in two phases: A General/Common Phase and a Specific Phase.

The General Phase is mandatory for everyone. In most areas of Spain this consists of four tests, however in Galicia, Catalonia, Valencia, the Basque Country and Balearic Islands there are five compulsory tests.

The first test of the General Phase of EBAU is related to a foreign language (English, French, Italian, German or Portuguese).

The third test relates to the Spanish Language and Literature.

In Galicia, Catalonia, Valencia, the Basque Country and Balearic Islands the extra fifth test relates to the regional languages of Galician, Catalan, Valencian, and Basque.

In the Specific Phase students can choose a minimum of two subjects and a maximum of four subjects related to their particular degree to be tested on and can gain a maximum of 4 extra points.

When grading the EBAU exams, the marks given for the four (or five) tests of the General Phase are combined into a maximum grade of 10 points.

Different universities will set different parameters for the grading of the Specific Phase.

Your grade for the General Phase will have no expiration date. 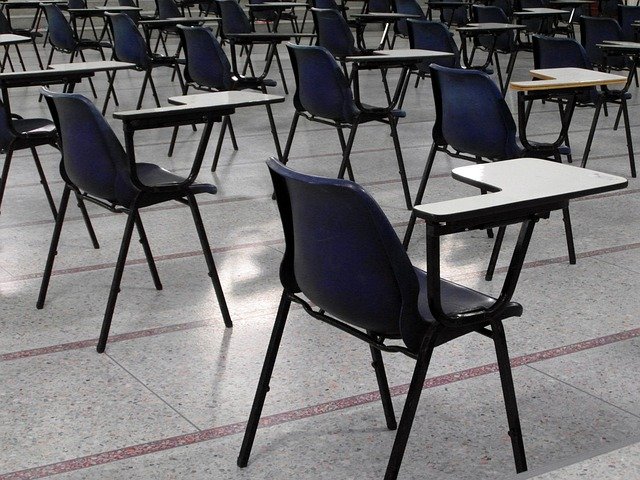 Once accredited by UNED, students are given a digital certificate which permits them to apply via the Spanish university admissions processes.

Spain’s National University of Distance Education is the largest university in Spain and the second largest in all of Europe. There are currently over 150.000 UNED students.

Although UNED is a university that is focused on distance-learning education, the qualifications and the requirements to be accepted on a UNED course are the same as at any other Spanish university.

There are various UNED centers up and down Spain and UNED currently has 45 centers around the world where students can take the tests.

UNED is in place to thoroughly assess all required academic evidence from foreign education systems, along with the scores from PCE exams and any other requested services. UNED is highly regulated.

How are PCE Exams?

All PCE tests last for 90 minutes. Depending on the subject, some tests will require essays, some will require more succinct answers to questions, others drawings.

PCE tests are taken in July and also in September. You can register here online.

Non-EU students will be required to get formal recognition of their qualifications in Spain via the procedure of Homologación (Homologation) carried out by the Spanish Ministry of Education.

This can be organized via the MECD website or through the Spanish embassy or consulate in the home country.

Additionally, if the student’s country of origin is not Spanish-speaking, the university may also request official certification of your knowledge of the Spanish language.

In Madrid, for example, a B2 level is required of the Common European Framework of References for Languages.

Foreign students’ final high school grade (or studies equivalent to high school) counts for 60% of their qualification to enter a Spanish university.

The remaining 40% of the grade is obtained from the PCE tests.

If you would like to see examples of the PCE exam for different subjects, you can find lots of great material online to help you prepare.

Both the PCE and EBAU tests will require preparation.

A guideline for the time it will take a student to adequately prepare for these tests is around six months.

Some Spanish universities require PCE, others EBAU, others PCE and EBAU.

If you are looking to study in a Spanish university, the first step should be to inform yourself of the specific admission criteria of the university where you want to study.

The recommended route is to discuss your particular circumstances directly with the specific university.

They will advise the subjects you should prepare for PCE or/and EBAU.

Go! Go! España is here to help. Please get in touch if you require any assistance with anything related to PCE and EBAU.